I never thought I would be troubled after completing that novel, but here I am, worrying over it. I have finished my novel at 50,666 words, and was feeling very elated until yesterday, but today, I began having my own doubts, once I looked at my summary that I had written on November 1st.

The novel that I had written is completely, boring, I knew that… But the summary actually seemed quite promising. And the summary had a different story in it altogether.

I began worrying that my novel is full of loop holes and boring scenes… and nothing else, because even the romance seemed to start very late and ended quicker than one would have expected.

It began bothering me because some part of my subconscious knew that I wanted to get this over with, and had hastily wound up things, even though every other chapter had been dragged a lot. My book is just not worth reading.

So, I have decided to put an effort and do DecNoWriMo (December Novel Writing Month — a term I made up for what my project is going to be) and struggle for another month and drag my novel into the perfect square shaped box labeled ‘perfection’.

I need to work on characters, on the description, on the dialogue, and (unfortunately) on the plot itself! December sure is going to be hectic for me. If at all I sit down and start retyping, that is.

And I shall make sure it comes out decent even if I don’t like the story anymore, because, I have got a story to write now, and I can’t just ignore it like the others, because this one is damn well completed!

I feel I need to add a whole lot of things in it and cut out all the unwanted stuff, that it may actually change the course of the story. I will not be surprised. And certainly, DecNoWriMo will not stop at 50K. At all.

Let us see where I finally land with my story at the end of this month! I really hope it comes out well. And congratulations for all NaNoWriMo 2014 winners! 🙂 My book might not seem all that great, but hey, we did it! I am as proud a NaNo winner as a deeply troubled writer right now!

Here’s a wallpaper that I made taking the main HD picture from the net, cover made by a fellow wattpader and some self-editing! I have this as my laptop background to get myself motivated!

The Daily Post asked me what my favorite procrastination destination was.
Ah! The correct topic for me! No one in this world will ever procrastinate like I do. Even on the day before the exams!

My favorite procrastination destination, eh? Not at all something to think of for a good few minutes. The answer is right inside my head – wattpad!

My blog has just been added to the list recently. Before I started this blog, a site called ‘wattpad’ was the place where I spent most of my time. Now, however, both of these are on the priority list, so wattpad has been getting less attention from me than it did before.

Wattpad is a site where writers can connect with readers and publish their stuff online for free. Readers get to vote and comment on every chapter of your book that has been published there. There are also communities, where chats and discussions are possible.

There are communities like ‘Improve your writing’, ‘The cafe’, ‘Multimedia designs’,’Wattpad announcements’ and one club for each genre. I like to wander into those clubs and look at the discussions! You’ll find me there!

The time passes swiftly while I’m there. It’s almost like I stopped writing and started spending more time there. The time for me to use the online software ‘write or die’ has come! I don’t even know why I didn’t join nanowrimo this time!

That was actually because I thought I had a lot to prepare for my job interviews that I thought it would be unwise for me to register myself into nanowrimo. But it looks like I have done zero preparations as of now, and half of the month has elapsed!

So… I guess I could say blogging has become my new procrastination destination, then!

There’s this interview I’ve got on 18th, and if I get selected for the job, then I swear I’ll join nanowrimo after
that! I know it’ll be too late for that… Nevertheless… I had just ten days or something left when I joined camp nanowrimo in April this year! It was fun! Exciting! I didn’t want to miss it this time, but I did!

Though I didn’t complete any book, I had lots of fun! Writing with a deadline seems to make me procrastinate less and write more! So, I think I should do well in that interview, get selected, and join camp nanowrimo even though I’ll have just a little over ten days to write!

There’s just a half month left! And I guess I’ll have to wait till November again, if I want the real challenge. But I’m telling you, November is a month where hectic preparations for exams and project works will be going on, and I cannot afford my time for writing then. Mainly because we have to write 50k words, unlike the camp nanowrimos in Aprils and Julys! 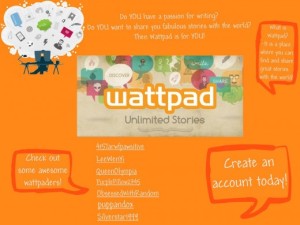 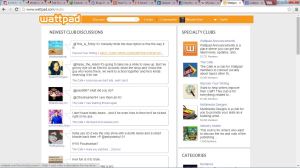