Gravity is a beautiful thing.
Friendship. 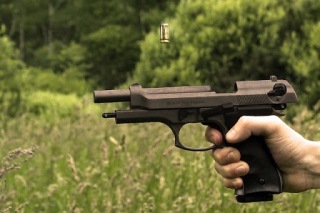 Franesca’s grasp tightened over her Glock. Her hand quivered, as she inched it towards the stranger. “Who are you?”
“Not your business,” the man replied curtly.
His ominous eyes were fixed on hers, probing the depths of her souls for answers she didn’t know. Then, in a swift move, he took out his Beretta and pointed it to her head.
Franesca stifled a gasp.
“Listen,” he said, snatching the gun from her hand and pocketing it, “this is a bad time for you to test my patience. Where is the key?”
Mr. Felton had told her that the key would be in closet number five. And Franesca knew too well what that closet contained – ammo. “Tell me who you are!”
By then, the man had lost all patience. “Look, woman. I’ll ask you one thing.
Do you want to stay alive?”
At his death glare, Franesca’s survival instincts kicked in and she nodded involuntarily.
“Good. Then give me the key.”
The key.
A distant voice rang in Franesca’s head: ‘The moment a man will come asking for a key, will be themoment, my child. Do not let it go.’ It was the prophecy-teller she so believed in.
The time had come. Franesca slowly pressed a button at her belt and looked at the man in the eye. “Wait a moment, then.” She knew that she had to activate the bomb right away. Else, this man would bomb an entire city… or so her prophecy-teller had told her.
“Bring it right away!”
“No, we are going elsewhere.” She had already executed the suicide attack.
For the first time, the man looked baffled. “Where on ear–”
An ear-numbing explosion shook the place.